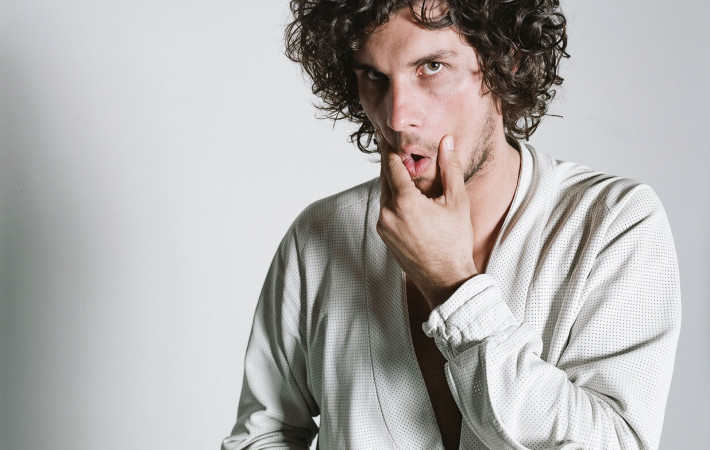 Wolfram, formerly known as marfloW and Diskokaine, is a musician and producer from Vienna. He first hit the music scene while spending notable time in New York where he landed his first gigs in the early 2000s reviving the forgotten sounds of Italo Disco and Chicago House to which he was introduced by i-F’s legendary internetradio “C-B-S”. It was around this time that he met and collaborated with artists such as LEGOWELT and started releasing tracks on his own label. In 2006 he executively produced and released the SALLY SHAPIRO debut album “Disco Romance” which hit best new record on Pitchfork Media and introduced a neo-italo sound to a wider audience. Remixes for MOBY followed on Mute Records as did several 12″ releases on the labels CREME ORGANISATION and GOMMA featuring Dancemania legend DJ FUNK, MARCUS MIXX and ALEXANDER ROBOTNICK. His first selftitled album was released in 2011 and featured 90s legend HADDAWAY, HERCULES AND LOVE AFFAIR, LEGOWELT and HOLY GHOST! among others. More recently, Wolfram has released two 12″ records on JAMES MURPHY’s legendary DFA Records.

To get started just enter your email address and desired username: